How to Calm the Fear of Public Speaking

In honor of Halloween, it’s time to remove the mask on public-speaking phobias and reveal some real statistics about public-speaking fears and how to shake them… for good. Spoiler alert: people do, in fact, fear death more than standing and speaking in front of others. The, what I call, “Seinfeld statistic,” which asserts that more people would rather be in the coffin than giving the eulogy, is nonsense. But it’s pervasive and has long tricked too many of us, stopping us from treating ourselves to the sweet ROI that public speaking can deliver our businesses.

So, what’s the deal with public speaking? How can business coaching get you in front of a crowd and in command of your audience? And how will that benefit your business, overall?

I’m so glad you asked…

Let’s acknowledge that public speaking phobias are, indeed, real. They have just been somewhat overblown to the point that we overlook the fact that some people actually LOVE public speaking (currently raising my hand and typing one-handed). Anyway, more accurate phobia stats look a little something like this:

According to Forbes’ Nick Morgan, “About 10 percent of the population loves public speaking. That group experiences no fear and get a huge buzz being in front of a large crowd.”

(raised hand is now waving back and forth…)

On the flipside, Morgan goes on to explain:

Another 10 percent are genuinely terrified. Those are the people who are physically debilitated by even the thought of public speaking. True glossophobics will go to great lengths to avoid speaking in a group situation, and will experience nausea, panic attacks and extreme anxiety. The rest of us – roughly the 80 percent in the middle – get butterflies, get anxious, don’t sleep much the night before – but we know that we’re going to live through it. It’s just not much fun.

Look at that! Most of don’t love public speaking, but nowhere does he mention would rather DIE than speak in front of other people. It’s not our fave… but we’ll manage. Full disclosure fun fact about me: I was one of those terrified 10%. Painfully shy, I couldn’t even make eye contact with people!

But now, as a business coach who loves and believes in the power of public speaking, my mission is to help business owners, whether in the petrified 10% or butterfly-battered 80%, join my 10% team of passionate public speakers. Trust me when I tell you that public speaking is a learned skill.

But, why learn it at all? What’s the take away to taking a stand at a podium or on a stage and speaking about your business?

How Public Speaking Boosts Your Business and Brand

Depending on your exact business and brand, the benefits of public speaking will likely be different — unique to you. However, all businesses can get a boost from public speaking thanks to specific reasons like education, networking, authenticity, and the ever-important trust factor.

Speaking in front of a crowd about your business informs the audience of what you do and why, introduces YOU to a whole new pool of networking potential, establishes you as an authentic voice in your business, which makes your current and potential clients believe and trust you, your business, and your brand to meet their needs (over your competitors).

When you’re ready to overcome your apprehension about public speaking and access the amazing potential that public speaking offers your business, get in touch! I’m standing by, ready to coach your steady voice so that your message resonates stronger than before, taking you places you never thought possible. 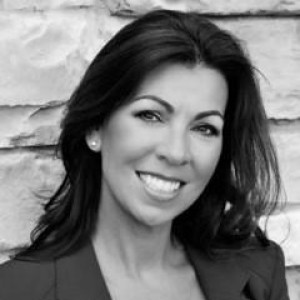 All Posts »
PrevPreviousSo, You’re Wondering… What Does a Business Coach Do?
NextAre You Ready to Sharpen Your Public Speaking Skills?Next